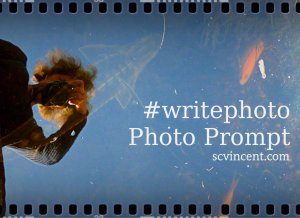 In the beginning the keys were known. Their place and purpose was common knowledge. They were discussed in passing as we might talk about the weather, the planning of meals, or the news. The keys made life what it was: they unlocked the people’s joys and sorrows, they opened new spaces within which to begin, become and belong. They gave them access to adventure, growth, grieving and love, finding and leaving, succeeding and failing, wanting and being enough.
The keys kept the song of the world in tune, according each the measure of who they were, each knowing the reasons for the bars in the way, each aware of the immense value of the rests and how the melody could not proceed where silence was not allowed.

And then, gradually, the keys were forgotten, lost. No one could say what or where they were. No children were taught their purpose and meaning. No elders wove stories of love and belonging, grief and mending. Soon enough, such neglect took its toll.

First, the threads, soft strings that kept the world in tune, in resonant resilience, began to unravel. For the most part this unraveling went unnoticed. Only the composers among the people, trained to listen deeply to the ever present song, heard the dissolution into discord. They would often give voice to the unstable harmonies, the discordant measures, trying desperately to change the way notes were conducted over and over again long after their time had passed. Most of their warnings fell on deaf ears. Sometimes people merely increased the volume of their own individual melodies in order to drown everything else out; sometimes the composers new and disturbing melodies would abruptly be brought to an end. These latter reactions made the music of the world more and more unbearable. The strings screeched and snagged, scratched and snapped. And this calamitous clamor only amplified, increasing in tempo and pitch.

So the people found it normal to insist that the best melodies were those which never had pauses, but went on and on without ceasing. They invented ways to play ever longer series of notes without ceasing. One of the fastest ways to do this was to play the same notes over and over again without ceasing. Eventually, generations of people never rested, but lived and died without ceasing, in ignorance of the sound of silence.

Finally the time came when this arrangement was no longer a sustainable option for anyone. The din was chaotic, catastrophically cacophonous. No one wanted to part with their many unmusical creations which they valued so dearly. And so it was decided that the song should be shut away. For so long the people had shut out the silence, confining it to emptiness the way one might drive light into its shadow. In a strange twist of fate, the land ceased its singing, and the shadow was all that remained.

The people needed a way to contain such a vastly woven web of song which for so long had throbbed at the center of life like the heart and soul of the world. At once the greatest engineers of the land held a great convention at which it was decided that they should forge an iron chest and that the song should be confined to it, instead of being allowed as it was to flow and flood everyone and everything, sending as it did so the pulse of itself everywhere.

The task was undertaken immediately, and people were congratulated on how much progress they made as they worked ceaselessly to finish, day and night. At its completion, they poured the song inside, slamming the heavy lid to seal it in with a clang. It is said that, though many lost their lives in the chest’s creation, once it had been buried no one could remember how to cry for their lost ones. They did not even know how to speak to one another. Now, even the song is lost, hidden in the land where it awaits the time when once again it is set free to restore balance to the earth and soften the hardened and harsh hearts of humankind.

I don’t know why I was the one to discover the chest these centuries later, its hinges twisted and rusted with time, its three locks mocking and massive, its contents as mysterious as the legend left to us in our fading memory.

Perhaps, as I have been told I came from a line of composers, I was simply blessed with the fortune: whether good or ill I cannot yet say. All I know is the all-consuming search for the keys. All I have to follow is this single stray note according to which I can discover them. It reads: “Compassion, Gentleness, Division: at their beginning, these words hold the keys. For these are all that is needed to set singing a changing, growing, turning world. Each breaks the heavy heart of silence. Each turns a lock in the chest. When each is placed where it belongs and all three are held equally together, the song will return.”

The first part is easy enough to figure out. The beginning letters of the words are C, G, and D. But as to how and in what way these could be keys, I cannot say. Perhaps you remember?

In response to Sue’s photo prompt, The Chest.